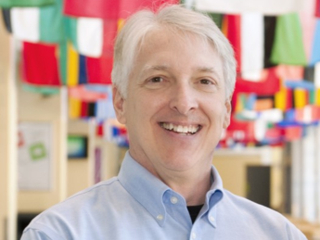 Devin Hagerty, professor of political science and founding director of the global studies program, has been named the Lipitz Professor of the Arts, Humanities, and Social Sciences for 2014-2015. This professorship is supported by an endowment created by Roger C. Lipitz and the Lipitz Family Foundation “to recognize and support innovative and distinguished teaching and research in the Arts, Humanities, and Social Sciences at the University of Maryland, Baltimore County.”

An internationally recognized scholar of South Asian international relations (India-Pakistan and South Asia-US), Hagerty came to UMBC from the University of Sydney in 2001. Since then he has published two books, five articles, and 13 book chapters. He founded the journal Asian Security in 2003 and has served as its managing editor or co-editor ever since. He teaches courses in international relations and has won the Political Science Teacher of the Year award three times. He has served as chair of the political science department, currently chairs one of the working groups for the university’s strategic planning, and now directs our new, fast-growing global studies program—among a long list of service to UMBC. In November 2013, Hagerty wrote an op-ed published in Inside Higher Ed  in which he introduced UMBC’s global studies program and argued that a liberal arts education is essential in developing a “global competence” among students.

During his year as the Lipitz Professor, Dr. Hagerty will work on a book project entitled “Fear, Ambition, and the Sturdy Child of Terror: South Asia’s Triangular Nuclear Dilemma.”