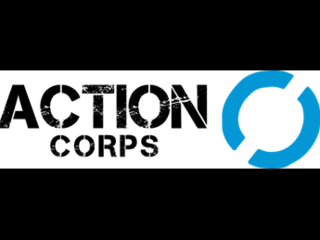 GLOBAL ZERO ACTION CORPS
“Global Zero is grassroots organizing at its finest.” -UN Secretary-General Ban Ki-moon
At Global Zero, the international movement for the elimination of nuclear weapons, we’re fueled by the creativity and passion of young people – members of the world’s first post-Cold War generation who understand that nuclear weapons have no place in the 21st century.  We know that young people are an incredibly powerful political force and often the catalysts for real change. That’s why we are launching the Global Zero Action Corps, designed to mobilize all-star activists across the country to help us tackle the single biggest security threat of our generation.
About the Action Corps
Starting in early 2015, the Global Zero will bring together 50 of the country’s top young volunteer advocates, ages 18 - 35, for the first ever class of Global Zero Action Corps. During their 1-year service, Action Corps leaders will mobilize their peers, lead creative campaigns, and apply real pressure on policymakers to eliminate all nuclear weapons, everywhere. Equipped with unparalleled access to training, resources, and movement leaders, the Action Corps leaders will be on the front lines of the fight for a better, safe future.
The Action Corps will also have the opportunity to travel to New York City with Global Zero this spring for three days of high level training and action -- alongside some of the world’s most prominent leaders in the field of international security. Two outstanding Action Corps leaders will also join Global Zero in Japan this summer for a listening and learning advocacy trip that will commemorate the 70th anniversary of the bombings of Hiroshima and Nagasaki.
We have two alternatives: live in a world where nuclear weapons will be used or demand a world without them. The choice is ours.
Apply to Join the Global Zero Action Corps
Ready for the challenge? Email a cover letter explaining why you would like to be a Global Zero Action Corps leader, along with your resume or CV, and short writing sample to field@globalzero.org. Alternatively, upload your materials at http://www.globalzero.org/join-global-zero-action-corps by March 1, 2015. If selected, we will be in touch to set up a time to chat through the opportunity over the phone. Questions? Contact us at field@globalzero.org
About Global Zero
Global Zero, the international movement for the elimination of all nuclear weapons, has grown to 300 eminent leaders and nearly half a million citizens worldwide. Its step-by-step plan to eliminate nuclear weapons has been endorsed by political leaders and leading newspapers, the Financial Times concluding that, "Global Zero's plan has shown the direction to be travelled; the world’s leaders must now start moving." For more information, please visit globalzero.org
0 Comments (requires login)