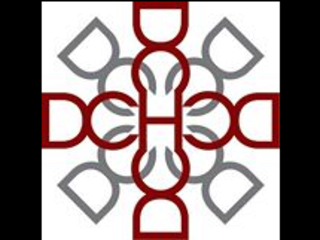 HARVEST OF EMPIRE: THE UNTOLD STORY OF LATINOS IN AMERICA

The rapid growth of the nation’s Latino community has sparked heated national debate over immigration, yet the reality is that many of us know little about the Latin American roots of migration. In this talk, based on his award-winning documentary, Harvest of Empire, Eduardo López examines the direct connection between the long history of U.S. intervention in Latin America and the immigration crisis we face today, unveiling a moving human story that is largely unknown to the great majority of citizens in the U.S.

Sponsored by the Dresher Center for the Humanities; Latino/Hispanic

at an Ivy League college. Director and writer Justin Simien says, “My film is about identity. It’s about the difference between how the mass culture responds to a person because of their race and who that person understands themselves to truly be. All explored through

the microcosm of a success-oriented Ivy League college.” After the screening, join us for a public conversation with featured speakers, Kimberly Moffitt and Damon Turner.

IN COMIS VERITAS: THE PRINCIPLES OF ANCIENT ROMAN HAIRDRESSING

Through her groundbreaking research, professional hairdresser and self-trained experimental archaeologist Janet Stephens rediscovered the methods used to recreate ancient Roman hairstyles using only natural hair rather than wigs, as was previously believed to have been worn. In this lecture and demonstration she will explain the universal rules governing hair behavior so that you too may recognize the truth in any hairstyle, ancient Roman or modern.

Sponsored by the Ancient Studies Department and the Dresher Center for the Humanities.

THE REPUBLIC OF THE UNLETTERED: INTELLECTUAL HISTORY, THE ENLIGHTENMENT, AND THE LAW IN THE SPANISH EMPIRE

This talk explores what it means to write an intellectual history of the Enlightenment among those who could not read or write—namely enslaved people, women, and the indigenous inhabitants of colonial Spanish America, who sued in royal courts during the eighteenth century.

Sponsored by the History Department and the Dresher Center for the Humanities.

The author of three novels, Dinaw Mengestu was named a “20 under 40” writer by The New Yorker magazine and received the National Book Award Foundation’s “5 under 35” Award for his debut novel, The Beautiful Things That Heaven Bears. A 2012 MacArthur Genius Award winner, Mengestu also received a 2006 fellowship in fiction from the New York Foundation for the Arts. He is a graduate of Georgetown University and Columbia University’s M.F.A. program in fiction.

Sponsored by the Africana Studies Department and co-sponsored by

the Dresher Center for the Humanities; the English Department; the

In post-socialist China, gated communities have become conspicuous symbols of affluence for the country’s rising middle class amid the so-called “economic miracle.” However, Chinese cities also have many not-so-visible neighborhoods with mostly low-income migrant workers from the countryside that are physically being gated off

in the name of urban beautification and social management. This talk uses a research-driven visual project to examine the systematic dispossession, exploitation, and social discrimination that take place in these forgotten urban sites.

AN ATLANTIC SLAVE REBELLION IN THE DUTCH CARIBBEAN

in South America rebelled. The extraordinary judicial records of

the uprising allow for an examination of the internal dynamics of rebellion. Mapping the politics among the enslaved, rather than merely their interactions with European colonists, shines a light on the many Afro-Berbicians who, eager to remain both master-less and alive, struggled to dodge all combatants, whether Dutch and their Amerindian allies, or rebels.

Sponsored by the Dresher Center for the Humanities and the History Department.

All events are free and open to the public. Events are subject to change. For latest information, please visit dreshercenter.umbc.edu