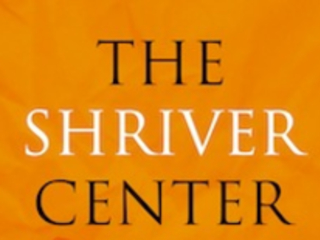 The Shriver Center coordinates this undergraduate scholarship program, funded by the France-Merrick Foundation. Now in it's 20th year, this scholarship is available for students who demonstrate an exemplary commitment to service, leadership, and civic engagement on the UMBC campus and in Baltimore City. The France-Merrick Scholarship Program seeks to combine service and reflection, build relationships, and strengthen networks to affect meaningful change.
Fellows are awarded a scholarship that goes toward tuition, mandatory fees, and room and board expenses. This will not exceed $15,000 for Maryland students, $22,000 for out-of-state students. In 2015-16, Fellows will engage in service connected with Baltimore City; serve in leadership roles (which includes convening meetings for the France-Merrick Scholarship Program), support meaningful professional development, and serve as ambassadors of service at UMBC. For 2015-16, two Fellows will be selected.
Scholars are awarded a scholarship of up to $1,500. In 2015-16, Scholars will engage in service connected with Baltimore City; support meaningful professional development, participate in meetings, and serve as ambassadors of service at UMBC. For 2015-16, five Scholars will be selected.
Applications for the 2015-16 cohort are NOW available on-line, and will close on Monday, August 24, 2015, at 5pm. Awardees will be notified in early September.